“The Tuscan island in Lombardy”: this is the famous definition given by the XIX century writer Gabriele d’Annunzio to Castiglione Olona, town that still preserves the character of a Renaissance jewel. Its origin dates back to the late Roman empire, but the village was reshaped between 1421 and 1441, following the model of the Renaissance “ideal town”. That was made possible by a powerful patron, cardinal Branda Castiglioni, who ranks among the most important personalities of his time: he was a humanist, an art lover, a skilled diplomat and a trusted advisor both to several Popes and to the Emperor Sigismund of Hungary. 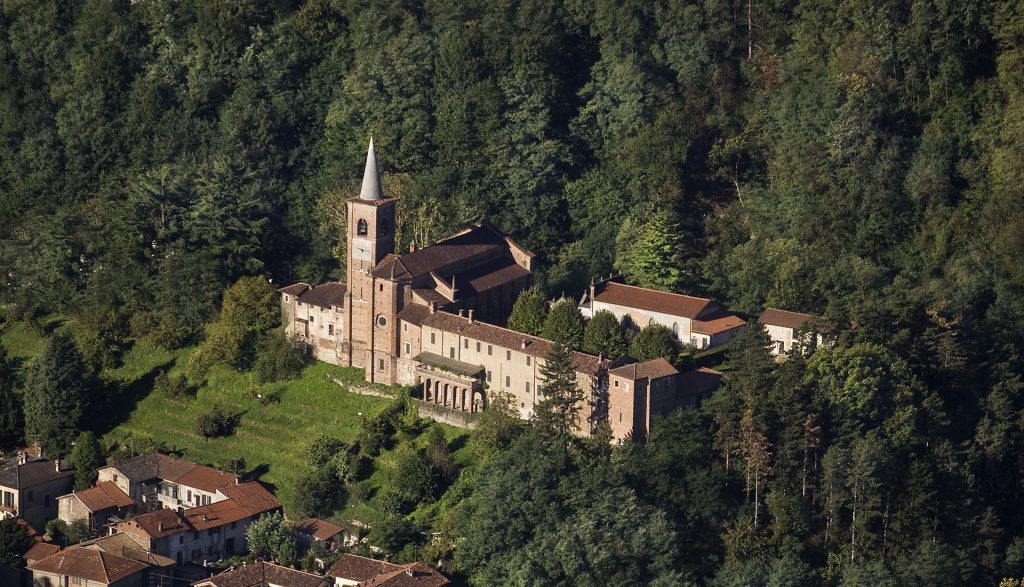 The most important monument founded by Branda is the Collegiate church, built on the top of the upper hill of the village, on the site of the ancient castle.

The church, together with the Baptistery, is part of the Collegiate Museum. Both have been decorated by Masolino da Panicale, one of the most important painters in Florence at the time of the transition from International Gothic to Renaissance. Together with the Sienese Lorenzo di Pietro called “il Vecchietta” and with another Florentine, Paolo Schiavo, who worked with him in the Collegiate apse, Masolino left in Castiglione his masterpiece: the frescoes of the Baptistery, with their fascinating fusion of landscapes and architectures, religious history and Renaissance setting, make the chapel, painted in every centimeter, one of the best achievements of the early Italian Renaissance. 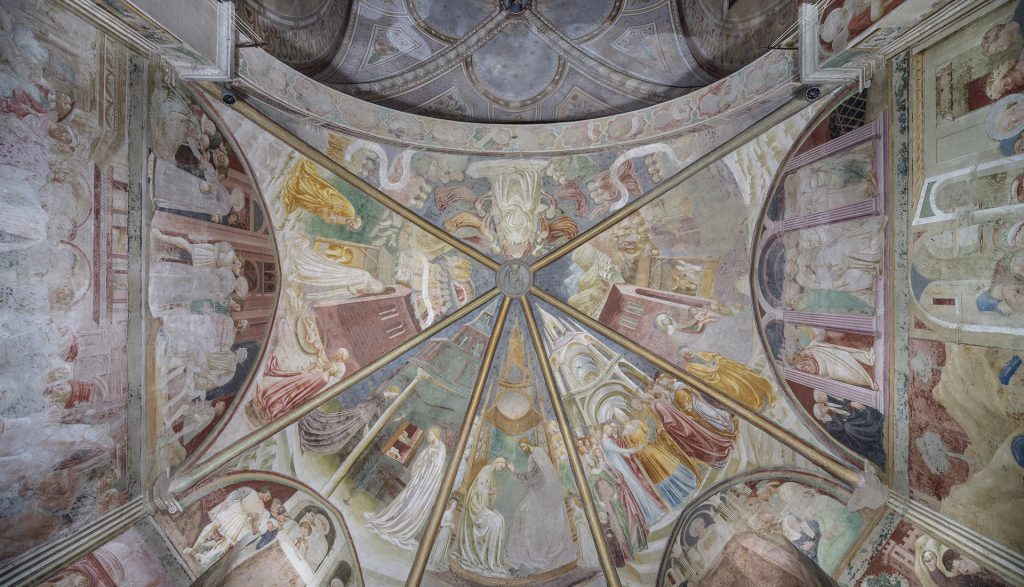 Two important panels are assigned to other Florentine painters: the stunning Crucifixion by Neri di Bicci and the small Annunciation by Apollonio di Giovanni, that scholars consider his best work. The 15th century wood and ivory box is a reliquary decorated by pairs and city walls. The fine rock crystal cross shows parts in enamel, gilded silver and gilded copper. The gilded silver goblet is a precious object assigned to 1480s, thanks to the fashion of the garments shown in the enamels.

Closed on Monday and Tuesday

Groups
The groups are invited to contact the museum in advance.
The entry in the Baptistery is limited to max 15 persons.